Housing prices are coming back, here’s a chart to prove it!

We can listen to reports telling us the housing market is coming back until we are blue in the face. At Cambridge Properties we are the leaders in Luxury Urban living but we’re also visual learners, so we made a graph.

What we find most interesting is that although most people are widely reporting that the uptick in housing is only due to investors picking up lower end properties, you can see that the trend in higher priced homes is going up as well.

This is good news for our clients, Cambridge Properties is the leader in Luxury urban living and it’s good to see our market is starting to come back as well!

We have an official Tesla Dealership!

Friday Fun Fact: Architecture used to be an Olympic sport! (the most boring sport ever We’re sure)

Not just architecture but also Architectural design as well as Town Planning… We can only imagine that tickets for these high energy event went fast. We can almost smell the drafting tables and pencil shavings, head over to wikipedia to see who holds the medals in each category.

If Architecture were an olympic sport today who would win? What country would take home the prize for most architecturally significant structures?

Recently, I found myself talking to a few friends on separate occasions about how many cool new things are happening in Downtown Phoenix right now. We talked about how all these things are having a collective impact and gathering momentum for our Downtown. My friend Philip Beere today remarked on how Downtown has changed immensely in 10 years, going from almost no restaurants or places to hang out to all the places we see today. I’ve seen drastic changes even in the past five years, with a lot of mom and pop small businesses and community efforts taking hold. Plus I would say in the past year or so, things are picking up speed and the winds are definitely changing for the better in Downtown Phoenix.

Moving and installing this great public art piece to Mike Davis’s Ro2 Lot was a gynormous community effort in the middle of the summer. But now it’s become a welcome addition to the Roosevelt Art’s District, right next door to the next cool thing people have been buzzing about….

Songbird just opened yesterday, but people have been talking about it for quite a while. APlaces, Spaces and Faces Community Dinner was held there just this weekend. It is a very cute little coffee shop inside monOrchid, a gallery and co-working space in the Roosevelt Arts District – a great example of mixed-use!

Every time I visit another city, I make it a point to go to a bookstore in their Downtown. I’ve visited some great ones in Seattle, Milwaukee, London, and Chicago. I’ve been DYING for a 2nd hand bookstore to come to Downtown Phoenix and now we have one! Enter the Lawn Gnome 2nd hand bookstore. Welcome to the neighborhood friends!

Pedal Craft at the City

Pedal Craft at Kitchen Sink Studios earlier this year was one of the most exciting and successful events Downtown Phoenix has ever seen. It was all about bikes and art. The huge turn out at this event showed the growing presence of a bicycle culture in Phoenix. Now we have Pedal Craft take II at City Hall, very aptly showing the people in power this growing presence – wink, wink, hint, hint. More bicycle lanes please!

Murals All Over the Place!

There are murals everywhere in the Roosevelt Arts District, I mean EVERYWHERE. And it’s wonderful. These murals, more and more popping up all the time, give the place, well, a sense of place. These murals are becoming such a phenomenon that Roosevelt Arts District is quickly becoming a destination for visitors from all over the Valley. By the way, there’s nothing like a mural to make back alleys and parking lots actual places of interest for people to enjoy instead of forgotten, dark places where questionable things occur.

Holy cow what a cute little market! I love cute little markets like this and was remarking on one I saw in Bisbee just recently and on another I saw near Downtown Tempe. But, look, Downtown Phoenix has one too! This market was set up as a compliment to the now defunct Urban Grocery, and has become quite a community hot spot in the area. My friend Bob Diehl tells me the ice-cream here is to die for.

So there you go, Downtown Phoenix is finally getting a personality and becoming an interesting place! And I have a feeling that this is only the beginning…

I had a foreclosure, when can I buy again?

Foreclosures have become a way of life here in the valley. Most people think that with a foreclosure on their record they won’t be able to buy a house ever again, this couldn’t be farther from the case.

Fletcher Wilcox over at Grand Canyon Title has put together a pdf, “Renting VS Owning” that has tons of great information. In it, Fletcher talks about all the factors one should consider when thinking about buying or renting including a table showing when you can buy again after a foreclosure.

We think more people should produce great information like this. Fletcher created this little handout back in 2010 but much of the information is still valid. We like sharing this with you because we believe that an informed client can make better decisions. 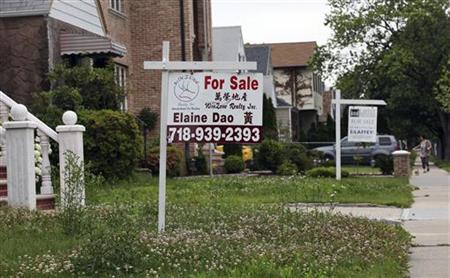